Biofuels are made when organic matter is transformed into fuel used to power various aspects of our world. Such fuel sources represent a viable alternative to traditional fossil fuels which are widely used across the globe. Included in the broad category of biofuels are things such as corn oil, vegetable oil, plant derivative products and ethanol. It should be noted, however, that not every ethanol related product is meant to used as a substitute for gasoline. According to the International Energy Agency (IEA), ethanol has the potential to represent upwards of one-tenth of the globe’s gasoline resources by 2025, and upwards of 30% by the year 2050. Presently, it accounts for just 2%. 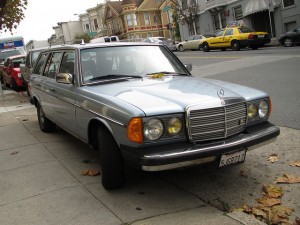 Of course, there is much work to be done with regard to refining and improving the practicality of biofuels for more widespread use. There are as yet no biofuels as efficient as petroleum-based gasoline. Efficiency measures the amount of usable energy can be derived from a given volume of input energy. There has never been something able to derive greater energy from the output level than the required input. The conversion is key, with the end-product being what we need to power our activities and the input being the effort and work required to produce that end-product.

According to Orgeon State University researchers, ethanol derived from corn achieves only 20% energy efficiency, while petroleum-based gasoline archives 75% efficiency. Biodiesel fuels can reach energy efficiency levels of 69%. An important finding, however, is the fact that cellulose-derived ethanols attained efficiency of 85%, a level which trumps historical efficiency leader nuclear energy.

Oil futures have been in decline on the New York Stock Exchange of late, largely in response to analyst predictions that biofuel availability was soon to increase, thus offsetting oil values and reducing crude prices to roughly $40 per barrel. The grain futures market at the Chicago Stock Exchange is beginning to attract investors who would normally focus on oil futures back on the New York exchange. This is because signs and trend lines are pointing to a high probability of bolstered profitability of biofuels. Analyst consensus points to a strong likelihood that biofuels will supply approximately 7% of the globe’s transportation fuel by 2030, a statistic many once believed to be unattainable. A respected energy analyst has recently declared that gasoline and diesel demand may well experience a drastic slowdown in the foreseeable future, particularly if government subsidies to biofuel distribution firms continue to boost interest in the environmentally sound energy sources. As there are no strong signals that such subsidies will be discontinued in a marked way, this prediction may prove quite valid.

Numerous nations across the world are deepening their involvement in biofuel development.

Brazil represents the world’s most prolific producer of sugar-derived ethanol, responsible for the production of roughly 3.5 billion gallons annually.

Despite its title as the largest oil consuming economy in the world, the United States is also the second largest biofuel producer.

Biodiesel production ability in the European Union has now exceeded four million tonnes (British). Rapeseed oil-derived biodiesel represents 80% of the EU’s tally, with soybean and a smaller amount of palm oil making up the remaining 20%.